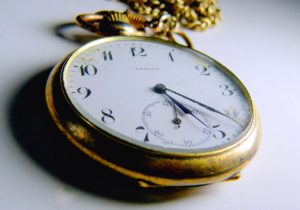 Did you know that emotions imprint on objects? Maybe you do, but you don’t know that you do. An object may bring up a feeling in you – which may lead you to keeping or getting rid of the object – keeping it close or moving it far away. You may think that is your emotion, but many empaths can feel the emotions of someone else imprinted on the object. There is even a term for this – “psychometry.” Many empaths have this ability but may not even be consciously aware of it.

Here are some examples to clarify. They are from ordinary life, but they illustrate this trait. First, presents. Presents are important to me. If you didn’t know this about me, it would surprise you. I am not materialistic, and my home is simple. But when I get a gift, I can literally feel the emotion of the giver when I hold it. Thoughtful gifts given with love are food for an empath, and I keep them close to me. Conversely, a gift given through obligation or by an angry person are quickly removed from my home. Because I can feel them, and I don’t want that in my house. In fact, many empaths shy away from antiques because of turbulent emotions they may carry.

Second example, my grandfather. I never met him; he died when my mom was 8. I never saw a photo of him, and she rarely spoke of him – it was painful. (And being empathic, I didn’t want to cause her pain.) When my mom died, I learned she kept many photos and personal effects of him including a pocket watch. When I first held the pocket watch, I could feel the emotions and the character of the man who owned it. A strong, confident, and forthright man which the obituary I later read confirmed.

Last example, wedding rings. I wear three of them. They are all simple bands inscribed with initials and dates. Mine, my mother’s, and my grandmother’s. Why wear them? Because I can feel the love with which they were purchased and with which they were worn. Who wouldn’t want to keep that hopeful love close?

Some empaths and psychics have developed their gift of “token-object reading” fully. I am attaching a link about psychometry from psychic library.com. Check it out to see where your abilities lie on the spectrum. And as always, appreciate your gift. http://psychiclibrary.com/beyondBooks/psychometry.